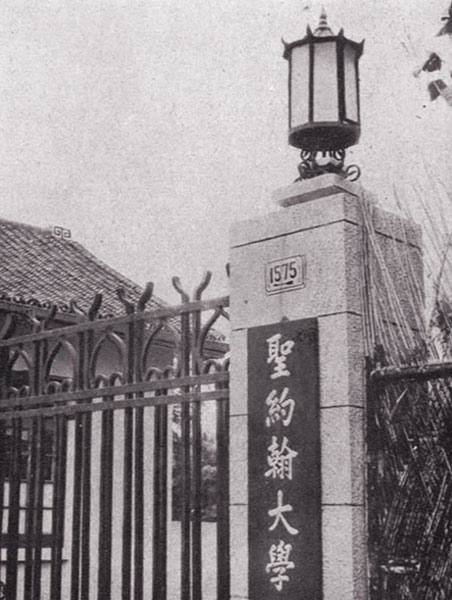 St. John’s University is a missionary university established in Shanghai by the Episcopal Church in the United States in 1879 and existed for 73 years. It is the oldest missionary institution for higher education in Shanghai.

St. John's University School of Medicine originated from the Medical Department established by Henry William Boone in Tongren Hospital of Hongkou District in 1880. In 1896, St. John’s College was reorganized and set up a medical department with Henry as the director. Students in Tongren Hospital were moved to the department. The schooling duration was four years. In 1906, St. John’s College registered in the United States as St. John’s University, and the schooling system was changed to seven years. Medical students were conferred a doctoral degree upon graduation. In 1914, Guangzhou Medical College of Pennsylvania was merged into St. John’s University Medical School with the latter’s name adopted for the new school. In 1947, St. John's University School of Medicine was established and Ni Baochun became the dean. In 1949, there were 59 teachers, 298 students at school, and 25 graduates that year. The teaching hospital was Tongren Hospital equipped with 400 beds. 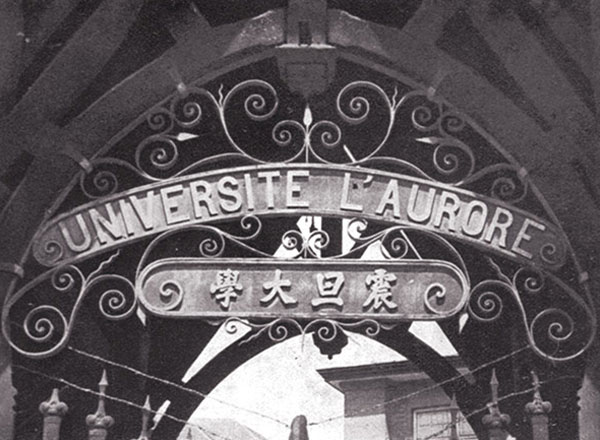 Aurora University dates back to the Aurora College founded by Ma Xiangbo. In 1903, Ma Xiangbo founded the Aurora College with the support of the French Jesuits. In 1911, the Aurora College Prep School of Medicine was established. Students needed to complete two years of prep studies and four years of clinical practice for graduation. The teaching hospitals were Guangci Hospital (Ruijin Hospital) and Andang Hospital (Luwan District Central Hospital). In 1914, Institute of Natural Science and Medicine was established with a four-year schooling system. The following year, it was renamed Institute of Medicine with a six-year schooling system. Graduates were conferred a doctoral degree. The school curriculum and syllabus were all patterned after French medical schools. In 1932, Aurora University was approved by the Ministry of Education to change Institute of Medicine into School of Medicine. Bussiere, a physician from the French Embassy in China, was appointed the dean. The Department of Dentistry with a four-year schooling system was added. Bussiere was succeeded by Flemé in 1938. In 1948, the Department of Dentistry was renamed the School of Dentistry, with a six-year schooling system. In 1949, there were 51 teachers, 343 students, and 27 graduates that year. In 1950, the School of Dentistry changed its name back to the Department of Dentistry. In 1951, Shanghai College of Dentistry was merged into the Department of Dentistry of Aurora University. Guangci Hospital was the teaching hospital. 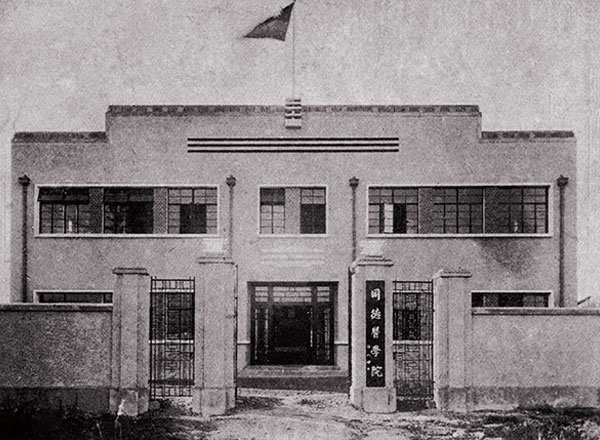 In 1918, Shen Yunfei, a member of the Chinese Medical Association, had the idea of holding a medical school. In August of the same year, Tongde Medical Special College was established. The chairman of the association Jiang Fengzhi served as the principal, and Shen Yunfei served as the provost. The Institute of Medical Care was set up, with a five-year schooling system. The College was officially opened in September. In 1919, an affiliated hospital was built.

In 1920, the Chinese Medical Association decided that the school should be independent. Celebrities and scholars were hired to form a board of directors. Former leader of the Reform Movement of 1898, Kang Youwei, served as the chairman. In 1925, Huang Chujiu became the chairman and Pang Jingzhou principal. In 1932, the school reshuffled its board of directors, with Shao Lizi as the chairman and Gu Yuqi as the principal. At the same time, construction of the new school building began. From 1918 to 1935, Tongde Medical College was a junior college for medicine with a five-year schooling system. In 1935, the construction was completed and the school was opened. In September, the school officially changed its name to the Private Tongde Medical College and the schooling duration was changed to six years.