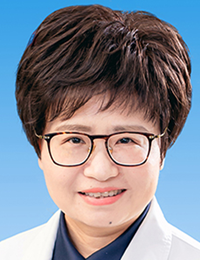 She graduated from the Department of Pediatrics, Shanghai Second Medical University in 1992 and received her master degree in pediatrics from Shanghai Second Medical University in 1995. In 2004, she stayed in the Department of Neonatology, Shands Hospital, University of Florida as a visiting scholar. She got her doctor's degree in pediatrics from Shanghai Jiao Tong University in 2009. For more than 20 years, she has been working in the pediatric department of Xinhua Hospital, specializing in the diagnosis and treatment of pediatric and neonatal diseases. Her research focuses on neonatal infection, immunity and nutrition, and she has conducted more than 10 projects of various levels. She has won the second prize of Shanghai Science and Technology Progress Award, the third prize of Shanghai Medical Science and Technology Award and the first prize of Science and Technology Progress of the Ministry of Education. Beyond her research, she also devotes much effort to talent cultivation. She has undertaken the teaching of Pediatrics for five-year and eight-year programs and standardized training for residents in Shanghai. She has also led a number of teaching projects in Shanghai and Shanghai Jiao Tong University Medical School and has won two Shanghai teaching achievement awards. She participated in the compilation of the National Health Commission and the 13th Five-Year plan textbooks.