Chen YucaiChief PhysicianEmail：chenyc@shchildren.com.cnPhone：13512114541Research Interests：Pediatric NeurologyBiographyChief Physician, MD, MSc, Director of Department of Neurology, Director of Epilepsy Center of Shanghai Children's Hospital, Adjunct Associate Professor of OSF Children's Hospital, USA. He is a member of the Committee of Brain Science of the Pediatric Branch of the Chinese Me...
School of Pediatrics 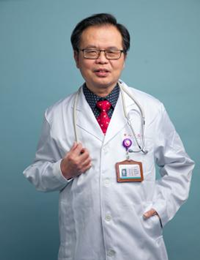 He has been engaged in clinical, research and teaching work in pediatric neurology for a long time. He was the first researcher to discover the causative gene of childhood anhedonic epilepsy: CACNA1H, and conducted in-depth research on the function of this mutated gene, and was the main contributor to the research on the causative mechanism of CACNA1H gene. As of December 2020, he has published SCI papers with a cumulative impact factor of more than 55 points and a series of articles in Ann Neurology (IF: 9.977), Journal neuroscience (IF: 6.344) and other outstanding foreign journals. The number of citations exceeds 500. The work of Yucai Chen has been evaluated positively by four foreign independent review journals, and some of the research results have been widely recognized and included in foreign textbooks.

During his postdoctoral study in the US, his main research areas include the pathogenesis of epilepsy, neurogenetic diseases, and the role of mitochondrial genome and nuclear genome interactions in human aging. He independently proposed that the cause of human aging may be the result of imbalance between mitochondrial genome and nuclear genome interactions, and this hypothesis has been partially verified (unpublished). In 2015, he returned to China and joined the Department of Neurology of Shanghai Children's Hospital as the director of the department, which has played an important role in the rapid development of the Department of Neurology of Shanghai Children's Hospital. The Department of Neurology has become the leading unit of the Collaborative Group of Multiple Sclerosis and its related diseases in children in China, the national center for diagnosis and treatment of difficult neurological diseases, and the alliance of SMA diagnosis and treatment centers in China. In addition, after returning to China, he was awarded one project each from the State Natural and Shanghai Municipal Science and Technology Commission, and established a specialized research team in the Department of Neurology of Shanghai Children's Hospital, which has scientific full-time staff involved in scientific research, studying the pathogenesis and treatment of rare diseases of the nervous system, among which certain results have been achieved for hereditary cerebral leukodystrophy, and the joint screening center has developed a very long-chain fatty acid detection method, which has greatly improved the diagnostic efficiency, and joint The Department of Hematology has performed hematopoietic stem cell transplantation in two children with early diagnosed adrenoleukodystrophy and zellewger syndrome with good results.